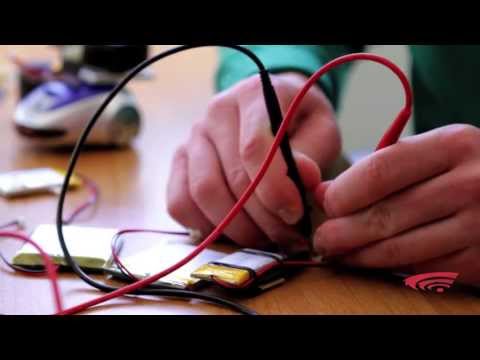 Traditional games, the ones we all know from our early age, are characterized by common features: they have got certain rules of play and define the interaction between players in a particular way. However, they have got limitations sometimes associated with the space and time of their conduction, sometimes to the number of players, etc.

The new trend of entertainment in the digital age is trying to bridge the gap between traditional and electronic gaming, taking advantage of the positive aspects of both and eliminating the restrictions, where possible .

The Computer Technology Institute "DIOFANTOS" team and the Faculty of Applied Arts team of the Hellenic Open University, with the co-financing of the European Union (project: Fronts / FP 7 / 2008-2011) managed, through the development of the FinN platform (Fun In Numbers), to connect the tradition with this new trend, the classic games with the technology and win international awards.

THE FUTURE OF GAMING

The Fun in Numbers (FinN) is a platform for developing games and interactive applications using wireless sensors. With these sensors, computers may observe and measure physical parametres such as temperature, acceleration, etc. in order to understand the human activity in full. In the newly developed games, several elements found in familiar games are being enhanced and utilized, by maximizing the players overall gaming experience. In fact, the more people play the better! In this way, games like "Hot Potato", the "Travelling Monk", the "Casanova", the "Chromatize It", the "Tug of war" etc. can now be played spontaneously by players, without infrastructure, without spatiotemporal limitations, with interaction between players and with a smart device acting as a game supervisor!

In the near future, all mobile phones are foreseen to have some kind of embedded sensors, as well as special purpose devices, which can be used in the FinN context. Thus, the players will be able to use their mobile phones in order to play “pervasive” games instead of using the sensor devices that we use today.

For the demonstration of the interactive infrastructure developed by the FinN team, a three-day conference entitled "Metapaignia" in “Lithografion” theatre was organized. This work has been positively welcomed by the audience of Partas and the Press. After the success of Metapaignion, the group was invited to participate in the events "State for Children", 2010 and the Pan-European "Researchers’ Night", in 2010 and 2011.

The FinN (Fun in Numbers) team has won:

2) The "Tech Pioneer" award, in the Tech Excellence Awards 2010 of PC Magazine and T3, for their innovation and contribution to the technology progress and development in Greece and abroad.