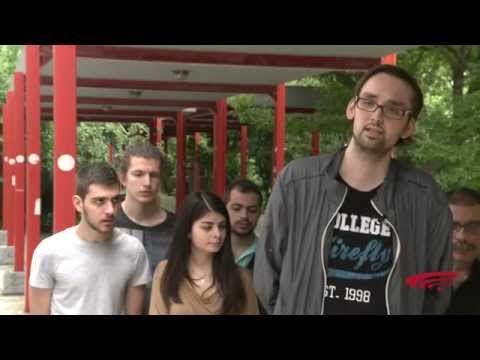 In recent years, the Professor of the Civil Engineering Department, at the Polytechnic School of DUTh, Mr. Vasilios Papadopoulos undertook the responsibility of preparing students of all departments of the Polytechnic School of DUTh for their participation in the South Eastern European Mathematical Olympiad for University students, known as ‘SEEMOUS’ (South Eastern European mathematical for University students). This effort resulted in student multiple awards.

The contest allows participants to express their passion for mathematics by solving difficult problems in the field of mathematics and at the same time it offers them the opportunity to meet with foreign students, exchanging knowledge and experiences.

THE PROCESS OF PREPARATION

Every year, the student preparation for the competition lasts from October until March. The lessons are held every weekend and their duration exceeds, in terms of time, the duration of a six-month course of more than 50 credit hours per year by Prof. V. Papadopoulos. Additionally, during the last few years, the mathematician and professor of the University of the Aegean, Mr. Michael Anoussis is also being invited and actually participates in the preparation of students by delivering seminars.

The ongoing success of students in the competition over the years, has assisted in the overall upgrade of teaching mathematics in the Polytechnic School and it has contributed to the recognition of the Department among the best Departments of South-Eastern Europe, which have got a tradition in mathematics while students who have taken part in the competition have been admitted to the best Universities abroad for postgraduate studies.

Awards to Engineers in Mathematics Contest

Reference to the above awards has also been included in the external evaluation report of the Department Civil Engineeringin 2013, by independent evaluators - Professors from Universities abroad.