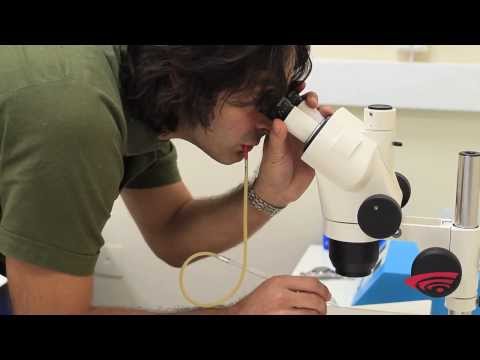 Cells are under the constant risk of DNA lesions caused by environmental factors or by byproducts of cell normal metabolism. The danger lies in the fact that DNA damage contributes significantly to the creation of tumors and malignancies.

Life on Earth has evolved to address both metabolic and external factors which alter DNA through the development of sophisticated mechanisms that detect and repair DNA damage. The oocytes remain arrested in the ovary for many years (up to 50 in humans), with the risk of accumulating genetic damage for decades.

The inability of oocytes to respond to DNA damage could lead to serious abnormalities in the fetus with the additional risk of malfunctions in the mother's pregnancy and the transmission of DNA alterations to future generations allowing the occurrence of hereditary diseases.

We might naturally expect that one of the main priorities of oocytes would be to address DNA damage effectively. However...

Oocyte seems to be the only normal cell from which one of the main mechanisms of DNA damage response is absent.

The research of the Assistant Professor of the Department of Biological Applications and Technologies of the University of Ioannina, showed that the protein factors ΑΤΜ, Chk1 και Cdc25 are malfunctioning in oocytes. In normal cells, these factors are responsible for stopping the cell cycle in case of DNA damage until the damage is repaired, so as cells with lesions not to multiply with the risk of leading to tumor genesis.

On the contrary, the mature oocytes are unable to stop their cell cycle after the occurrence of DNA damage. This inability makes oocytes extremely sensitive to environmental and toxic insults that could alter their genetic composition. This phenomenon is likely to have critical effects on fertility, mostly for older women and explains the dramatic increase of chromosomal abnormalities in fetuses of older mothers.

Knowledge of the oocytes specificity, i.e. their inability to respond to DNA damage, opens new horizons in the study of the causes of infertility and the discovery of methods and techniques to address them effectively.

Best Young Researcher of the Year 2012, Society for Reproduction and Fertility

The Society for Reproduction and Fertility is an established international organization in the field of Reproductive Biology.

Assistant Professor of the University of Ioannina, Petros Marangos, was awarded by this international organization, the «Best Young Researcher of the Year 2012» award with the occasion of the article publication in the high-profile scientific journal Current Biology, entitled: «Oocytes progress beyond prophase in the presence of DNA damage».

Furthermore, in August 2012, Dr. P. Marangos was honored by the University College London (UCL) with the title of Honorary Senior Lecturer.

Petros Marangos, Assistant Professor of the Department of Biological Applications and Technologies, University of Ioannina