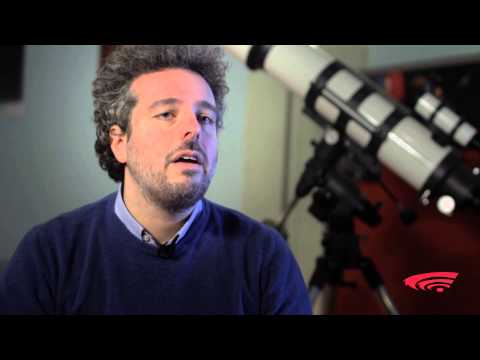 EUROPEAN SPACE CENTRE FOR THE EARTH’S ENVIRONMENTAL MONITORING “BEYOND”

The European Space Centre for the earth’s environmental monitoring 'BEYOND', a center that is designed to continuously collect information from the planet about the evolving physical phenomena and especially about natural disasters, in order to inform the authorities and citizens regarding appropriate protective measures needed to be taken at specific times, operates at the National Observatory of Athens and is coordinated by the Satellite Remote Sensing team led by Dr. Charalampos Kontoes.

The Satellite services offered through the website of the Centre of Excellence for Disaster Management by the award-winning FireHub service, are an integrated approach to managing and responding to fire as well as to its consequences, and are already offered to state institutions who are involved in the management and fighting of fires. Examples of such operational centers are: the Fire Brigade Operation Centre 199, the OTE Telecoms Disaster Monitoring Centre, the General Secretariat of Civil Protection as well as other institutions and the general public.

THE SERVICE ‘FIREHUB’ OF THE ‘BEYOND’ EXCELLENCE CENTRE

The 'FIREHUB service: A Space Based Fire Management Hub' is an electronic platform, which is connected to the satellites rotating around the Earth and provides images of the prevailing conditions in the natural environment of our planet, every 5 minutes.

The images are collected at the Servers of the National Observatory, where they are combined with many other data related to the dynamic elements of weather and natural ecosystems, utilizing complex models. Thus, continuous and real time, high precision information is provided concerning: a) the evolution of any fire occurring in the territory of the country every 5 minutes, b) forecasting of fire - smoke dispersion per hour above the urban centres, with simultaneous estimation of the content of smoke in organic materials, which have got a serious impact on the health of people in vulnerable age, and c) the daily, weekly and seasonal estimation of the exact extent and boundaries of burnt forests which required urgent reforestation in order for the encroachment of burnt land to be avoided.

The team of Satellite Remote Sensing competed with the ‘FireHub service’ and excelled among 177 proposals submitted from 44 countries around the world, in the international competition of Copernicus Masters Awards, held internationally for the first time in 2014.

The Remote Sensing team of the National Observatory of Athens (NOA) under the guidance of Dr. Charalampos Kontoes, Research Director of NOA, operate the ‘FireHub service: A Space Based Fire Management Hub service’, which constitutes the result of several years of research work and has now been completed and is provided operationally by the ‘BEYOND Building a Centre of Excellence for EO - based monitoring for Natural Disasters of NAO’. The ’FireHub Service’ achieved a very significant national distinction in the international competition ‘Copernicus Masters Awards 2014’, organized by the European Commission, the European Space Agency, the German Aerospace Center as well as by institutions of the European Space Industry.

The NOA group was awarded the ‘First Prize for the Best Existing Service in Space Technology’, for 2014, in the framework of the ‘Best Service Challenge’.