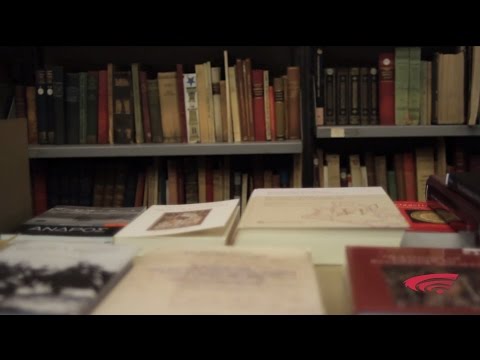 The Institute of Historical Research (IHR/NHRF) belongs to the National Hellenic Research Foundation and its objective is the research of the political, economic, social and cultural history of the Hellenic area and the regions where Hellenism has been active, from prehistoric antiquity to the modern era.

The Institute occurred in 2012 from the evolvement of the three former institutes in the area of humanities of the National Hellenic Research Foundation (KERA, IBR and INR), the oldest Greek research institutions on historical and philological sciences.

Its research activities focus on the creation and dissemination of new knowledge, as well as the training of younger researchers, thus contributing decisively to national self-awareness and international scientific cooperation in the scientific fields that it has been serving.

As a result of a recent evaluation, the Institute of Historical Research of the National Hellenic Research Foundation has been classified as 1st among the Greek Institutes of Social Sciences and 11th among the Research Institutes of all scientific disciplines of the country.

The study of history is a necessity. People cannot live in blank.
Taxiarchis Kolias, Director of the Institute of Historical Research, National Hellenic Research Foundation

The research activities of the Institute are organized into three Sections: Section of Greek & Roman Antiquity, Section of Byzantine Research and Section of Neohellenic Research.

The research Programs and Projects of the Institute aim at documenting and studying the ancient, medieval and modern history of the Hellenic area, and at the cooperation of all three sections, in an effort to produce synthetic, intertemporal approaches.

The objectives of the Institute’s Programs and Projects are: a) the study of Greek and Roman Antiquity, aiming at a renewal of antiquity studies through the systematic collection, processing and computerization of evidence from literary sources, inscriptions, coins and other archaeological findings, as well as the systematic exploration of areas such as ancient ideology and art, technology and measurement, economy and social mobility, b) the study of the history and culture of Byzantium and its relations with medieval Europe, the Balkans and the wider area of the eastern Mediterranean through evidence from literary sources, both philological and archival, objects of art and archaeological findings, as well as c) the study of the history of modern Hellenism from the 15th to the 20th century, based on the critical approach of primary sources. Emphasis is given on the study of culture, institutions and ideology, literature, art and sciences (positive sciences and humanities), Ottoman studies, the history of populations, historical geography, economic history, business history and modern political history.

Distinction in the framework of the recent evaluation by the International Committee for the General Secretariat for Research and Technology, on which the Institute of Historical Research of the National Hellenic Research Foundation has been classified as 1st among the Greek Institutes of Social Sciences and 11th among the Research Institutes of all scientific disciplines of the country.

- Miltiades B. Hatzopoulos election, Emeritus Research Director of NHRF/IHR, as a regular member of the Academy of Athens, in the section of «Greek Ancient History» Class of Literature and Fine Arts, 2015.

- Liyakat Nisan? Excellence Award of the Republic of Turkey to Evangelia Balta (Research Director, National Hellenic Research Foundation) for her contribution to the field of Ottoman Studies, 2014.