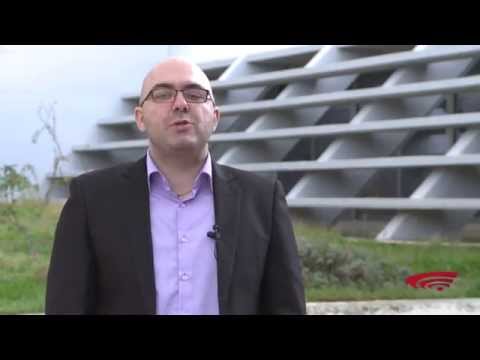 There are over 30.000 proteins in the human body, which play multiple and various roles.

Some proteins adopt a structural role, while contributing to the maintenance of the shape of the cell and constitute structural components of the connective tissue. Some other proteins have a storage role, as they store ions which will be serving the needs of the body. Others have the role of transporting ions, small molecules or macromolecules from one place of the body to another. Peptide hormones are proteins which are connected with receptors in the surface of the cell and regulate many normal functions. The antibodies are proteins that recognize the antigens, connect with them to eliminate them. Finally, the enzymes are proteins that catalyze most of the chemical reactions in the body.

For the proper function of the organism, proteins should “express” correctly, in the right place at the right time. Sometimes, gene mutations result in one or more proteins not “expressing” correctly i.e. to express inadequately or even not at all. Thus, a mutation may interrupt the normal development of the body and cause a pathological situation.

The American Society for Reproductive Medicine awards Dr. Michail Nomikos for the discovery of an innovative model on the treatment of male infertility

Dr. Michail Nomikos, Marie Curie Fellow at School of Medicine of Cardiff University, collaborates with the Institute of Biomolecular Physics in NCSR “Demokritos”, which studies the proteins stability, led by Dr. Nounesis George, but also with the Immuno-peptide Chemistry Laboratory, led by Dr. Evangelia Livaniou.

His research focuses on specific types of male infertility, and through the laboratory production, for the first time, of the “phospholipase C zeta” (PLCζ) protein, he paves the way for its future use as potential medicine.

Furthermore, he is head of the research team which has discovered for the first time one of the causes of the sudden cardiac death, disease appearing during infancy and to young people up to 34 years of age. It affects ~600 people each year. A healthy heart rhythmically pulsates through the exact control of calcium levels in the cardiac muscle cells. When calcium levels are increased the heart is contracted and when they are reduced the cardiac muscle relaxes and the heart expands. The control of this procedure is based on the interaction of two proteins. The first protein is the ryanodine receptor which is a calcium channel. The other one is a calcium binding protein called calmodulin. The exact control of the heart beat procedure (contraction and expansion) is based on the interaction of these two proteins. The innovation is based on the discovery of a genetic mutation on the gene of calmodulin which disturbs the patient’s cardiac rate as well as on the use of this information in the production of a possible drug.

Michail Nomikos, collaborative scientist of NCSR «Demokritos», was honored by the American Society for Reproductive Medicine with the «Fertility and Sterility Investigator Achievement Award» for the article «Phospholipase Cζ rescues failed oocyte activation in a prototype of male factor infertility» on the Fertility and Sterility journal. The article is a result of the cooperation between the School of Medicine of the British University of Cardiff and «Demokritos» and it presents an innovative model for male infertility treatment, which is caused by mutations of the phospholipase C zeta (PLCζ) protein, known as seminal factor.

For the years 2014-2016, the researcher, Michail Nomikos, received a Marie Curie scholarship from Cardiff University for his research on male infertility.

According to the announcement from "Demokritos", the common research activities are now to a mature stage and clinical trials have been programmed both in Great Britain and Greece.

The increase of calcium concentration in the cytoplasm of the oocyte as an initiation signal for fertilization and the role of the recombinant protein phospholipase Cz (PLCz) in the treatment of male infertility, following the achievement of generating the IP3 enzyme in the laboratory.