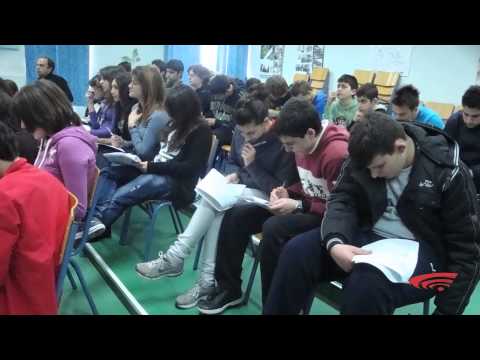 Ms. Maria Kamargianni, PhD Candidate of the Department of Shipping Trade and Transport of the University of the Aegean, explores the transport and travel behavior in youths and their activities in order to identify and quantify the factors that affect these behaviors.

Her research entitled “Exploring Teenagers’ Travel and Driving Behavior in Rural Areas” was awarded with the Bronze Medal in “Safety, Security in Transportation” pillar in the pan-European contest for young researchers, YEAR2010 (Young European Arena Of Research, 2010/ Transport Research Arena), for the innovative methodology and the advanced econometric models developed, by using not only directly but also indirectly observable variables (attitudes and beliefs).

The results of her study can be used by the corresponding authorities, to take appropriate measures in order to use alternative means of transportation to reduce road traffic accidents and develop a greener travel behavior.

Ms. Kamargianni’s research is a part of a broaden investigation, which takes place on the island of Chios since 2008 by the Department of Shipping at the University of the Aegean and its goal is to analyze the cause of traffic road accidents, to investigate the travel and transform behavior and organize training actions and information campaigns to prevent road accidents, which will promote active transport.

Until now, at the educational seminars and events more than 700 adults have participated, while the activities about teenagers, have taken place in 25 Secondary Schools in Chios, during two consecutive years (2010-2011), with the participation of over 3,500 students in the workshops. Also in September 2010, the International Symposium “Road Safety-European Reality and Perspectives: A new Interdisciplinary Approach” was organized in Chios by the Department of Shipping Trade and Transport, with the participation of more than 40 world-wide famous experts and scientists.

The aim of this research is to propose those measures that will help to promote active transportation and environmental protection, improve road safety and increase physical activity as well as reduce road traffic congestion.

The bronze medal in the European Competition Young European Arena of Research 2010 for early-stage researchers who are doing research in the area of surface transport, was awarded to Maria Th. Kamargianni, PhD candidate of the Department of Shipping Trade and Transport, of the University of the Aegean.

She participated in the category “Transport Security” and won the 3rd place among 75 young researchers candidates from 35 European countries. This particular competition takes place every two years under the TRA (Transport Research Arena) and in 2010, it was held in Brussels.

UNIVERSITY OF THE AEGEAN