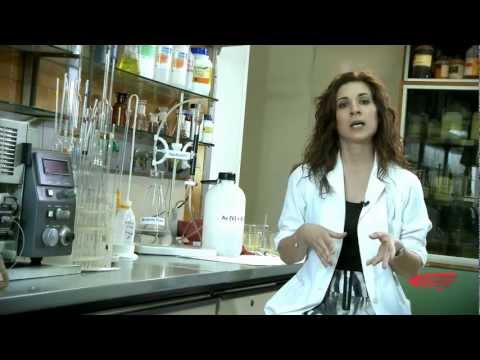 Since 1998, when the carcinogenicity of arsenic was first recognized, concentration limit of arsenic in the water was reduced from 50 to 10 mg / L, which prompted the research to develop methods for its removal. While for the pentavalent arsenic various adsorption materials had been developed, however, they cannot bind the more toxic by 60-times trivalent arsenic. Thus, its removal requires an additional processing step for its conversion to pentavalent, increasing installation costs and processing.

The team of the Laboratory of Analytical Chemistry of the School of Chemical Engineering, at the Aristotle University of Thessaloniki, began the research in 2005 and finally succeeded within five years to create a new material, «AquAsZero", which adsorbs equally both forms of arsenic, thereby simplifying the process while reducing the fixed and operating processing cost.

AquAsZero has been patented whereas in 2011 it was awarded in the "Greece Innovates" competition. In 2013, it received one of the 11 privileged ranking positions in the international competition StartupBootCamp HighTechXL.

THE RESEARCH WHICH HAS LED TO A COMMERCIAL PRODUCT

Its high performance is attributed to the enhanced oxidative capacity of the feroxyhyte iron manganese, which consists of the application of AquAsZero in adsorption filters, led to the complete water purification from both forms of arsenic and thus, it contributed in the availability of drinking water in areas suffering from arsenic issues.

However, these are not the only benefits of AquAsZero. In addition, its low production cost along with its high adsorption capacity secures the reduced water cost for the consumers. Thus, it can be easily used either in urban processing units or even in domestic, while it is environmental friendly, since it can be safely deposited as inert solid in the environment. This research product has been funded in 2009 with 850.000 € by the 7th Framework of the European Union for strengthening research on small and medium-sized enterprises. The product is already in production by a Greek chemical company while there is already an interest from USA for importing and using it commercially.

AquAZero is a registered product of a research effort in the framework of the pan-European program for strengthening research on small and medium-sized enterprises, directly financed by the European Union, with patent number: 1007422.

It has been awarded with the 1st prize in the "Greece Innovates" competition held in 2011 and with one of the 11 privileged ranking positions in the international competition StartupBootCamp HighTechXL, in 2013.

The StartupBootCamp HighTechXL is the largest startup accelerator in Europe and one of the top 3 largest in the world. The success in this competition enables team members to stay for 3-6 months in Startupbootcamp HighTechXL facilities in Eindhoven of Netherland, in order to utilize the services of this startup accelerator in the business organization-networking and in finding investors.

Manassis M. Mitrakas, Assistant Professor of Analytic Chemistry with emphasis on the Science of Water, School of Chemical Engineering, Aristotle University of Thessaloniki.