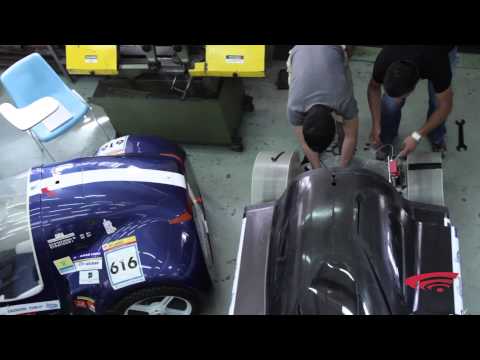 RESEARCH FOR VEHICLE MOVING WITH HYDROGEN FUEL OR BATTERIES

The research that aims to develop environmentally friendly technologies for the movement of vehicles with the lowest possible fuel consumption, is a requirement of our times and indeed it seems to be on the right track.

The construction of vehicles which exploit cutting-edge technology, include hydrogen fuel cells and provide movement with an electric motor with zero emissions, presents exceptionally innovative ideas in the field of security as well and brings important distinctions through the TUCer team.

'Speeding' for the sake of the Planet

ECO CAR FROM THE TECHNICAL UNIVERSITY OF CRETE

The Eco Racer I was constructed in May 2008. Then the team designed, developed and manufactured a new vehicle, the Eco Racer II, which was an original, four-wheeled, single-seater electric city vehicle and has been constructed entirely at the Technical University of Crete labs. It has acted as an experimentation platform for problems related to achieving low consumption, driving safety as well as autonomous navigation while at the same time it covered educational needs of the laboratories and it was the research subject aiming at its continuous evolution and improvement of its performance.

The TUCer team participated for the first time in a competition, in 2008 and more specifically in the Shell Eco-Marathon in which annually more than 200 educational institutions are involved from around the world, for the last 25 years. The first big success, though, came in May 2010, with the presentation of the upgraded version ER10, a prototype electric vehicle, equipped with hydrogen fuel cells, in which sophisticated safety systems and advanced materials for weight reduction were included. In 2011, the TUCER team participated again in the safety competition for the ADAC Safety Award, and won for the second consecutive year the first prize with the ER11 vehicle, which included advanced energy consumption control system, use of ultralight materials in greater numbers but also other new systems. TUCER also won the first prize of the Student Energy Challenge and the Peoples Choice award, at Shell Eco Marathon 2013 and ranked 4th place, achieving its highest record on fuel consumption (62.8Km/KWh).

» First Prize  in the Safest Vehicle Contest, ADAC Safety Award of the 2010 European Shell Eco-marathonand achieved its best performance by running 373km with 1 liter of fuel, in May 2010.

» First Prize (Safest Vehicle Contest, ADAC Safety Award) in the same competition, in May 2011, and achieved its best performance by running 431 km with 1 liter of fuel and 44 Km/KWh, that brought the team in 8th place in its category.

» First Prize in the Student Energy Challenge competition, with the People's Choice award, in May 2013.

SCHOOL OF PRODUCTION ENGINEERING AND MANAGEMENT